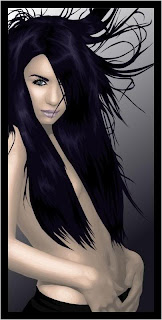 You probably found this title and the picture a bit shocking. I know I did. However, I also found writing this particular post extremely difficult because I knew I would have to fully expose Priscilla’s embarrassing defiled psyche in order to make the point of this information meaningful and more helpful to the reader. “Why should we care about what happened to Priscilla?”, you ask. Only because she’s a real-life example of the unfortunate devastation the Five Deadly D’s can inflict on one’s life.
In Priscilla’s case, she emerged from adolescence with a broken spirit due to the fact that her heart had been broken by a continual onslaught of one life-changing disappointment after another. She had been “set up” by an extremely dysfunctional childhood to be easy prey for the Deadly D’s of “dependence” and “defilement” even before reaching puberty.

My next book, Murder on Murder Creek Road — which is moving through the publication process as we speak — will dramatically flesh out the raw, but real, details of Priscilla’s defilement. Also, the reader will be allowed to watch behind the scenes at how she managed to redefine herself while the mystery of the murderous plot unravels.

In this post we will first examine the dynamics of how Priscilla was set-up in childhood to live many years of her adult life thoroughly bogged down in the swamps of the fifth Deadly D — defilement.

In the post following this one we’ll discover how Priscilla finally learned to get “unstuck” by disciplining herself to take each deliberate step to “redefine” herself. Learning to redefine one’s self is actually about learning to set “healthy” boundaries. This process should have been learned in childhood. But, if one’s childhood years were spent in a dysfunctional setting, then the child has effectively learned to become an emotionally unhealthy, boundaryless adult. This condition is definitely NOT a good thing.

We’ve already talked at great length about the “false identity” being the lies you were taught in childhood that became your “truth”. Consequently, the first step of redefining one’s self is to clearly identify the lies in order to redefine our personal truth. We’ll put flesh on this process by using Priscilla’s experiences. 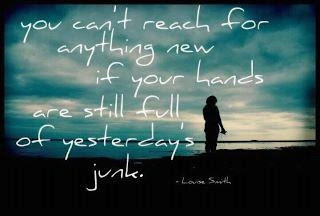 Priscilla was the youngest member of her family-of-origin. She was at the very bottom of the totem pole, meaning she had the least amount of power. Consequently, she was the most “compliant” one in the family. Since she was especially compliant, very eager to please everyone else, she wholeheartedly embraced all the lies she had been told about herself as “unquestionable truth”.

Once she deliberately began the redefining process by carefully examining what she had been led to believe about herself, the following is what she discovered.

She saw herself first and foremost as a very weak person. She believed she would always have to lean on someone more “powerful” than herself in order to merely survive in life.

She saw herself as someone whom other women would always dislike, perhaps even hate. Her childhood served to thoroughly convince her that she would never be able to please another female. Therefore, she would have to attach herself to a man as her only hope to survive life’s challenges.

She saw herself as a being who had absolutely no rights. She believed she had no right to do anything that pleased and/or nourished her personhood. All her energies and efforts had to be directed at pleasing others — never herself. 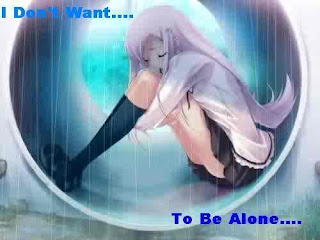 She came to accept that her very existence depended upon her ability to discern what would please the man and then to perform as best she could in that capacity. Also, she felt she had no right to tell a man “no” to anything he desired from her.

Pretty ugly stuff … right? Can you see how Priscilla’s “false identity” literally drove her from one destructive relationship after another with men? Her dependence upon a man led to the expected destination of being defiled by these men. Not all addictions are physical — like alcohol, drugs, etc. Emotional addictions can be just as destructive to the individual as the physical ones.

This first step of the process, clearly identifying the lies, is so very painful that most people simply won’t do it. Oh, they’ll find some reasonable-sounding excuse to side-step this process. But the truth is, once the individual gets started, the intense pain associated with this crucial first step quickly frightens him or her away.

Look at this quote from Henri Nouwen, author of many books regarding healing of damaged emotions”

“You have been wounded in many ways. The more you open yourself to being healed, the more you will discover how deep your wounds are. You will be tempted to become discouraged because under every wound you will find others. Your search for true healing will be a suffering search. Many tears will need to be shed. But do not be afraid. The simple fact that you are more aware of your wounds shows that you have sufficient strength to face them.” Henri Nouwen 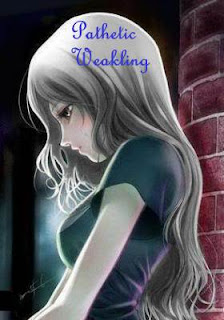 If I could sum up Priscilla’s dysfunctional self-concept in one statement it would be this: She believed she was a pathetic weakling who was completely unworthy of anyone’s approval, let alone love. Her one-word definition of her personhood would be “pathetic”. To this day Priscilla cringes whenever she hears that word on television or in conversation with others. She had been told that she was “pathetic” over and over again by her only sibling. This devastating practice continued well into her adult years until she finally learned to simply walk away whenever the verbal abuse began. She couldn’t stop her sister’s assault, but she didn’t have to stick around to hear it.

The next step of this “healthy” process is to search your memory in order to capture things that non-family members have said about you. Since childhood taught you to see yourself through the eyes of your family-of-origin, it is imperative that you now diligently seek to see yourself through the eyes of friends, people who have come to know you in a different setting.

For instance, when Priscilla was going through one of the most difficult experiences of her adult life, the people closest to her kept commenting about her “inner strength”. Naturally, she felt they were merely trying to encourage her by telling her something that wasn‘t necessarily true. However, at one point, her closest girlfriend stared into her eyes and said, “Priscilla, your sister constantly tells you how weak you are. The truth is, she’s the weak one. You are very strong. Look at all you’ve overcome. It takes genuine strength to do what you’re doing each and every day.” 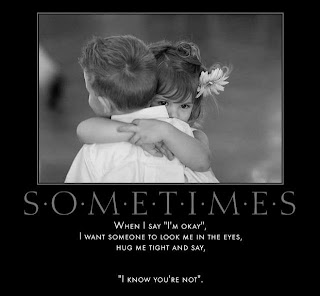 Another lie Priscilla had always believed about herself was that other women would never accept her. Again, during that same difficult period, there were three special women who tenderly embraced her, nourished her, and helped Priscilla find her way through the frightening emotional tidal wave she had been forced to endure.

These are just two examples of how important it is to the overall healing process that you learn to dispel the lies buried deep within your psyche. Probably the hardest thing Priscilla had to do throughout the entire “suffering-search” process was to fully accept that she was not a pathetic weakling. It had become her “identity”. Trust me … it’s never easy to give up your identity. Never!

Next time we’ll begin to explore the ways in which one goes about learning to set healthy boundaries in one’s life. Good boundaries provide a safe haven in which your soul’s inner garden can finally begin to bloom.
Posted by Patricia Daspit at 7:16 AM