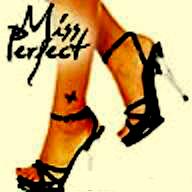 Is it good to be a perfectionist? How does one become a perfectionist? In order to answer these questions, we should look to someone who is quite familiar with this condition through personal experience — our case study, Priscilla.

Is it good to be a perfectionist? Priscilla would give a resounding “No!” answer to this question. Based upon her own life-experience she would tell you quite emphatically that pursuing perfection is futile, painful and extremely dysfunctional.

How does one become a perfectionist? This reply requires a bit more reflection and effort to answer than the first. In Priscilla’s case, she has come to realize that what “set her up” to foolishly strive for perfection was the deep wound in her heart of having always felt like a victim from a very early age and into adulthood.
Why did she feel like a victim? Because she had spent ALL of her formative childhood years, as well as ALL of her adolescent/teen-age years, in a state of “learned powerlessness”. If one feels powerless in any given situation, one feels victimized by the circumstances of that particular situation. Furthermore, if one has always felt powerless, than this person develops a “victim mentality”.

This victim mentality caused Priscilla to feel weak, pitiful, and pathetic. These feelings turned into voices in her soul (False Identity) that continually reminded her of her inferior condition. Even though Priscilla had long ago internalized all the lies as her personal truth, she still had a little spunkiness. A slight spark of her god-given gifts had not been completely snuffed out. Consequently, she came to believe that the only way she could overcome her pathetic state was by trying to be perfect in any and all areas that had earned her any form of favorable notice. 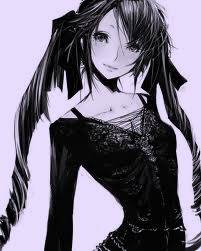 For instance, Priscilla’s dad had always told her that she must look pretty and keep a clean house. Is it any surprise that she became determined to “perfect’ these two areas of her life. Most of Priscilla’s adult life was spent on looking as good as she could and keeping an immaculate house. She gave no thought to character, integrity, or wisdom because these things were never discussed, modeled or even mentioned in any way in her family-of-origin environment.
Since all of Priscilla’s passion and energy was spent on perfecting these two areas of her personhood, is it any wonder that she felt victimized when these pursuits brought her NONE of the favorable attention she fervently sought after? Her dad often told her what she must do. However, Priscilla can’t remember a single occasion when he complimented her appearance or the cleanliness of her home.

Allow me to share one snap-shot memory that portrays this point. While Priscilla was going through a particularly rough period of her adult life, she had lost an unhealthy amount of weight. During this time she saw her dad at least once a week. He would say, “You’re too skinny. You need to put on weight.”

Once her circumstances improved, she began to eat normally. Unfortunately, she rapidly put on too much weight due to the fact that her metabolism had slowed way down during the time she wasn’t eating properly. During one of their regular weekly visits her dad said, “You put on too much weight. You need to go on a diet and take off some of that bulk.”

At this point, Priscilla was finally learning to put down some boundaries in her life so she “spoke up” for herself. She looked at her dad and said, “Before, all I heard from you was how bad I looked being so skinny. Now I’m too fat. Why didn’t you say anything at all when I was transitioning from being too skinny to being too fat? What? Did I miss seeing you on that one day when I must have been right in the middle? Wasn’t there some point in this big pendulum swing when you actually thought I looked good?” Her dad was shocked and couldn’t utter a word. His silence was a welcomed relief.

Priscilla has no memory of ever receiving a compliment for anything about her personhood from any member of her family-of-origin … only criticism. Yet she continued to work harder in those areas where she stupidly hoped to reach perfection in order to win someone’s approval. When acceptance never materialized, two devastating components occurred in her psyche. 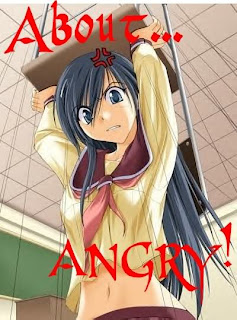 First, the smoldering anger continued to mount due to the unmitigated “unfairness” of her situation. However, expressions of anger were totally outlawed for the children in her childhood home. It had to be repressed at all costs. The only way she could hide this seething anger was to deny its’ validity and then turn it inward on her personhood.

Second, the repressed anger turned inward fueled self-condemnation, which eventually turned into self-hatred. As the voices of her false-identity relentlessly mocked and taunted her psyche, she slowly began to despise everything about herself.

Priscilla continues to struggle every day with the bad behavior she learned as a child, like feeling victimized and condemning herself in her soul. That’s the bad news. But the good news is she will never give up the “good fight” to learn to love her good qualities and to nurture those qualities within herself.

If you remember nothing else from this post, please remember this one point: Behavior is learned. If you don’t like your present behavior patterns, you can teach yourself new ones. It won’t be easy. It won’t be pain-free. But, with persistence and passion, you can become the person you really want to be!


HOPE TO SEE YOU NEXT WEEK!
REFLECTIVE QUESTION:

After spending time in deep and private reflection, can you begin to identity aspects of your behavior patterns that really aren't natural to you?  Are you willing to confront the source of these learned-behavior patterns?  Are you willing to "own the issue" in order that you may take the necessary steps to affect change in that area?
Posted by Patricia Daspit at 6:40 AM