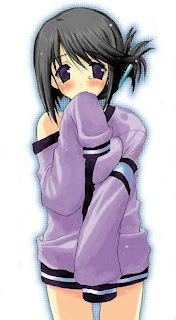 What makes this attractive young girl inappropriate? Well, she’s just barely a teenager and she’s trying to dress herself in a much older girl’s clothing. The older girl’s outfit will make her look “sexy” at an inappropriate age — a mere 13 years old. She’ll be presenting herself with an appearance of sexuality she doesn’t yet understand. And, she’s certainly too emotionally immature to properly process the inevitable consequences that will surely follow this inappropriate behavior.

What happened? How did this sweet young girl arrive at this place? How did she get that way at only 13 years old? That’s the question we’ll address in this segment of our mini-series. While I can’t speak for anyone else, I can approach this question from Priscilla’s perspective.  The perplexing answer lies buried deep within some unresolved childhood issues.

At the tender age of 13, Priscilla had already been “outwardly” dressed in a “false identity”. Under these outer-garments, she was clothed in a wholly bogus “self-concept”. Symbolically speaking, she had been dressed in these ugly garments — both outer-wear and under-wear — during the “formative years” of her childhood.

We’ve all heard of those crucial formative years — the period from birth to approximately 7 years old. As we navigate through this period of physical and emotional growth, we each develop a self-concept. During these vulnerable years, a powerless little child will wholly believe whatever impression is left upon his/her soul. As each one of us will see ourselves through the eyes of those closest to us on a daily basis, the words, actions, and attitudes of those significant people leave a lasting imprint. This imprint becomes the self-concept, which translates into the child’s "personal identity". Without ever realizing the powerful impact of the dynamics at work, we will subconsciously negotiate our lives in such a manner as to remain true to our personal identities.

For instance, if your self-concept — genuine or bogus — continually whispers to your subconscious mind “you are bad”, then the future circumstances of your life will always find you feeling “bad” about yourself. Whenever your life’s circumstances are such that you could, and should, feel “good” about yourself, you will end up feeling strangely “uncomfortable”. Thus, our individual “comfort-zone” becomes any set of circumstances that cause us to feel we are remaining true to our personal identities.

However, just as a toddler is dressed each day according to the care-giver’s choice for the child, we were dressed in our individual personal identity during those formative years by circumstances completely beyond our control. As a powerless young child, you do not choose your identity. Rather it is “put on you” by the significant people in your life during those critical formative years. Nevertheless, you will unknowingly — because it’s done on a subconscious level — orchestrate the circumstances of your life to remain “stuck” in a comfort-zone that is far from comfortable and not even of your own choosing!

Are you beginning to get the picture? Let’s put a little flesh on our theory by using Priscilla as an example again. Remember in the previous post we learned that at 5 years old Priscilla’s self-concept was that she was a pathetic weakling, as well as an intrinsically worthless human being. In order to earn her right to continue to live, she had to please her dad by being as feminine as she could manage, always look as pretty as she could, and remain silent about her feelings and desires. Another contributor to her false identity which had been born in those formative years was completely unknown to everyone except Priscilla. At the tender age of 5 years old she had been sexually molested by a distant family member. Feeling almost invisible and quite worthless to her environment — her family-of-origin — she kept this secret to herself. However, the inappropriate encounter opened her soul to a slight spark of sexuality she could not understand nor control.

Consequently, at 13 years old we find Priscilla unintentionally presenting herself in an inappropriate way to her little world. Being sensual had unwittingly become a part of her false identity.  She certainly did not choose to be sensual.  She really didn't even know what being sensual involved.  Yet it had been "put on her" in much the same way as the other elements of her false identity had been forced upon her budding psyche. Because her self-concept was totally negatively skewed and completely erroneous, she could not feel “right” unless she remained true to this false identity by becoming a person she didn't know and couldn't ever like.

Can you see how weird this stuff is? Why is it called a “comfort-zone” when one is usually miserable while the individual is firmly planted in his/her supposed “comfortable spot”.

I try to keep these posts short because I’ve been told that I must or I’ll lose my readers. Okay … I’m trying.  That's why I've decided to break up our discussion of the false identity into several parts.  It is absolutely imperative, dear reader, that you come to a meaningful understanding of the emotional principles at work in the creation of the false identity.  If you're ever going to be able to live a better life, you will necessarily have to embrace these psychological principles that will allow you to open the locked door leading to your subconscious programing.  You must first understand what's controlling you before you can break the ties that keep you bound to personal failure.

Before we dismiss the inappropriate teenager, let's take a brief look at what's going to happen as she progresses through her teenage years.  Instead of being silly, learning to dance, enjoying time giggling with girlfriends, and the like, this young lady was already dating a much older boy and dealing with adult pressures while she was still just a child.  At 12 years old Priscilla had been allowed to begin a dating relationship with an 18 year old boy who had already graduated from high-school.  What were her parents thinking?  The truth is they weren't thinking about their little girl at all.  They were still too caught up in their own unresolved childhood issues to pay much attention to what was happening to their little girl.

The inappropriate spark of sexuality that Priscilla didn't even know had been "put on her" attracted the much older young man.  Her vulnerability flashed off and on like a neon sign even though she was entirely too young to understand it and was totally unequipped to control it.  Unfortunately, not only could young males see the neon light flashing all around her, but so could the other females.  She didn't have many girlfriends.  Due to the subconscious false identity that had been "put on her" in those formative years, she had been doomed to become a lonely, vulnerable little girl, a lonely, inappropriate teenager, and a lonely, messed-up adult woman.

It really doesn't matter how many people are in your life.  If you haven't been emotionally equipped to genuinely connect with these people, you'll always feel lonely regardless of who's sharing your life's experiences with you.  Next time we'll delve more deeply into this complex principle of the false identity that's actually forced on us as children in our formative years.

The really good news is that none of this is hopeless. The negatively skewed self-concept can be set straight. The false identity can become authentic. The comfort-zone can be made pleasurable, as it’s name insinuates. However, it is going to require deliberate, concentrated effort by each wounded individual in order to arrive at that “better place”.

This is the next step in the healing process — be willing to confront your false identity. You cannot change what you will not confront. Confrontation is the key that opens the door to a better place.﻿


Hope to see you next week!
REFLECTIVE QUESTION:

Carefully examine your "self-concept" as best you can.  How do you see yourself?  Are you willing to confront the negative aspects of your self-concept?  Are you willing to allow those painful snap-shot memories to surface in your conscious mind in order to carefully re-examine them with adult-level skills?
Posted by Patricia Daspit at 8:43 PM