This young woman has been extremely battered and bruised by the way she’s lived her life. She has hurt herself, as well as many others she deeply cared about, with the unresolved issues from her childhood. She really wasn’t even aware that she carried these emotional wounds along with her as she moved through her adult years. Without her conscious awareness, these wounds continued to fester and worsen. That old cliché — Time Heals All Wounds — is a lie! The more time passes without addressing your issues, the worse they become … not better.
In our last post we introduced some psychological terms and/or principles such as:

FORMATIVE YEARS - Period of childhood from birth to 7 years old. These are the years when the child’s soul is the most pliable and impressionable.

SELF-CONCEPT - Depending upon the care-givers’ interaction with the child, as well as the involvement with any other children, the child begins to form a picture of himself/herself in the soul. The child begins to identity with the picture, thus creating the self-concept.

FALSE-IDENTITY - This condition occurs when the child has been taught to identify with a picture that is not accurate … that is based upon the false imprints embedded in the child’s soul. It is too complex to explain in a simple sentence or two. Also, it is extremely difficult to correct once it’s devastating influence has permeated the person’s injured psyche.

In this issue of our mini-series, we’ll focus more closely on the false-identity and how it negatively influences the way your psyche has been programmed to become your unique comfort-zone.

If you were raised in a dysfunctional home — which is any home that does not function in the best interests of each individual child — you can be sure of this: You have been dressed in a false-identity. Your self-concept has been negatively skewed. 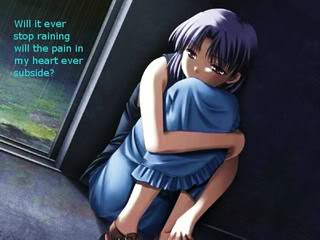 Whenever Priscilla and her older sister were having a bit of childish fun, they would laugh and cut up together. This would inevitably create a little noise. Daddy didn’t like being disturbed by the children making noise. He would bow up in anger, go to where the girls were having fun, and blow up at his kids. After a few formative years of enduring Daddy’s fierce anger, Priscilla experientially interpreted this scenario to mean “having fun is bad”. As an adult, she became very uncomfortable whenever she found herself having fun because she was out of her comfort-zone. In order to be able to feel like herself again she would have to stop the frivolous experience.

Being yelled at for having fun is one of Priscilla’s most vivid snap-shot memories. After a while, the memory turned into a voice in her head that spoke to her subconscious saying, “Having fun is bad. In order to be good, you can’t have fun.” Consequently, Priscilla never could see herself as a fun person. If by some chance she experienced a little fun, she immediately felt bad because she was out of her comfort-zone, the way in which she had been programmed to navigate through life.

One more quick example of how “lies can become your truth”. Another vivid snap-shot memory took place at the dinner table. Since her older sister, Dotty, always got ALL of their parents’ attention by doing things that upset Daddy, Priscilla tried her best to be good in order to please her dad and perhaps steal a tiny bit of attention for herself. This particular evening Priscilla brought out her straight-A report card, believing Daddy would be well pleased.

However, before he even looked at Priscilla’s “A’s”, he asked to see Dotty’s grades, demanding that she explain why she was hiding them. Mom immediately flew into action to defend Dotty. Soon, Mommy and Daddy were fiercely fighting about Dad’s harsh criticism over the first-born child’s grades. Mom left the table crying. Dotty went to her bedroom to pout. Daddy finished his dinner with an angry look on his face. But nobody paid any attention to Priscilla by bothering to comment on her hard-earned straight “A’s”.

Naturally, Priscilla’s feeling that she wasn’t “worthy” of her parent’s attention had been reinforced yet again. Another lie became her truth. The one who got all the attention — even though it was totally negative attention — was “worthy”. Priscilla’s lack of any kind of attention eventually turned into the false-identity’s voice, which reminded her continuously that she was “intrinsically worthless”. 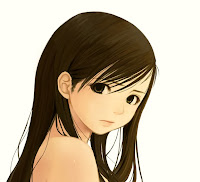 We began this post by talking about the battered and bruised, dysfunctional woman who appeared in the picture with red, swollen eyes from crying. Let’s close by examining this final picture. Take a close look at the sad-eyed child. If she could speak, she would tell us what her soul desperately needs by saying, “Please validate me!”

This little girl’s childhood served to totally invalidate her as a person. Consequently, she became the woman we saw at the beginning. If you remember nothing else about this post, please remember this: That dysfunctional woman made all the bad choices that deeply hurt her, as well as the people she cared most about, because she desperately needed to be validated! Her quest for validation, coupled with a crippling false-identity, nearly destroyed her life. Yes … it’s that serious!


HOPE TO SEE YOU NEXT WEEK!
REFLECTIVE QUESTION:
Can you understand now how these snap-shot memories from childhood serve to define you as a person?  Take this opportunity to examine your memories again while asking this question of yourself, "What does this memory say about me?"﻿

Posted by Patricia Daspit at 6:27 AM