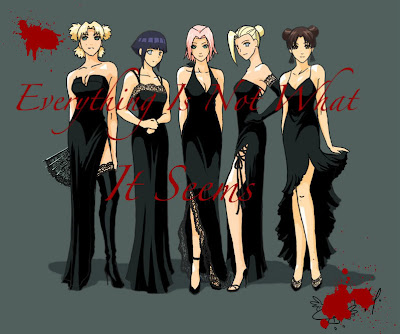 A casual observer would probably look at this picture and ask, “What could be wrong with any one of these ladies? They’re all dressed up and looking good. It appears they’re going to some gala event where they’re sure to impress and have a great evening. Right?”

While I can’t speak for all of these women, I can for one of them — the brunette on the right. That’s Priscilla. Sure, she’s managed to look good on the outside. But inside? Trust me … that’s a totally different picture.

A close examination of this woman’s dysfunctional psyche would reveal the following:

The about to be revealed, essentially-important third step of seeking healing from one’s childhood wounding is to give one’s self permission to “grieve” over all of his/her losses.  As is the case with most adults who were raised in a dysfunctional family-of-origin environment, Priscilla had never been afforded the opportunity to simply “be a child”. Her parents constant fighting, their emotional neglect of the children, the sexual molestation at five years old … All this “adult” drama prevented Priscilla from experiencing a normal childhood, which in itself is a great loss. The entire time she was growing up physically she had been forced to deal with ”adult issues” emotionally.

Once one becomes enlightened regarding specific areas of deep wounding to his/her psyche and begins to seek healing of these wounds, the next step in the process is to allow one’s self to “grieve“.

How does one grieve over emotional losses? The first step is to “own the issue". You can’t alter something that doesn’t belong to you. However, if you own it, you can change it. You can do anything you’d like with whatever belongs to you. Thus, the need to first “own it” is abundantly essential.

The second rung on the ladder of this unique grieving process will probably catch you completely off-guard. Childhood wounding creates intense anger. As a powerless child, one can’t control the environment in which he/she has been placed. However, all the “wrong” that occurs in that “out of control” situation will naturally create a great deal of anger. The longer this anger is repressed, the more likely it will slowly become deep-seated rage.

When an individual begins to process his/her festering wounds from childhood, an angry cloud begins to follow the individual around for a while. You will more than likely develop a hair-trigger temper that will frighten you, as well as those closest to you. At this point, it’s very important to realize that this is “old” anger. It must come up before it can flow out. 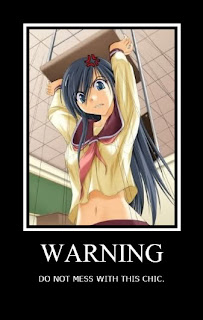 This picture humorously, yet clearly depicts Priscilla’s angry demeanor as she progressed through this step. Her rage was so intense that it truly frightened her. At the same time, she seemed to instinctively realize that she had to simply “let it rip!” She could not allow herself to try to repress it any longer. Consequently, she isolated herself as much as possible during that rather lengthy phase of the process.
Once her anger subsided, she began a long season of intermittent, uncontrollable crying. This third rung is also absolutely crucial to the overall grieving process. Her biggest loss was never being allowed to experience the typical care-free pleasures of childhood. Consequently, her soul desperately needed to thoroughly grieve this loss no matter how long the crying spells persisted.
Remember the little sad girl from our previous post whose eyes silently pleaded for validation? Whatever we take time and care to grieve, we validate at the same time. When we disown our woundedness by denying its’ existence, we have effectively invalidated the pain associated with these psychological wounds. On the other hand allowing ourselves to fully acknowledge these wounds also allows us to validate the silent, inner pain these wounds have inflicted upon our souls. Once our pain finally receives the vital validation, our worth as a person becomes validated at the same time. Therefore, this season of grieving cannot be over-emphasized.

If you remember nothing else about this post, remember this one point. When we invalidate our pain through our denial of its’ existence, we invalidate our personhood. However, if we take the time and effort to properly process our inner pain, we validate ourselves at the same time. This is why it’s so important that one understand this premise and apply it to one’s self. 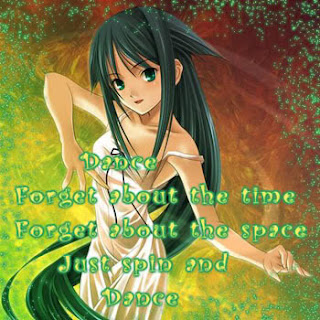 A helpful hint one can utilize in grieving childhood losses is to allow yourself to experience some of the things that had been denied to you as a child. For instance, Priscilla always wanted to take dancing lessons and perform in recitals as some of her school friends had done. This “frivolous” desire had never been realized. Consequently, as a thirty-something-year-old woman she allowed herself to experience the fulfillment of her childhood desire. She took ballet, tap, and jazz dancing lessons for several years. Of course, she started dancing much too late to become a good dancer, but she did perform in two dance recitals before she gave up her dancing ambitions. What really mattered most was that she gave herself permission to do something purely frivolous that she had always wanted to do. She validated a childish desire!

First, allow yourself to own your issues. Once you’ve taken ownership, they’re yours to do with as you please.

Second, get in touch with all the long-denied and/or well-disguised anger from your childhood. Allow enough time as required for all of it to come to the surface, Be willing to endure a season of learning to recognize old anger. Let it out!

Third, allow yourself the necessary latitude to cry as long and as hard as you must in order to overcome all the experiences of loss from your childhood experience.


HOPE TO SEE YOU NEXT WEEK!
Reflective Question:
Have you ever considered what you really look like on the inside?  If I could see into your soul, what would I find?  Sadness?  Rage?  Self-condemnation?﻿

Posted by Patricia Daspit at 7:46 AM