Have you ever wondered who you really are deep down inside where even you can’t see? Priscilla wondered this about herself most of her adult life, until she finally reached the infamous “end of herself”. That’s when she made a promise that she would continue to search until she found the lost little girl hiding in her broken, dysfunctional spirit. Although this quest to find her “authentic self” would take many years, it was well worth the huge effort required to complete her mission.
Last week we discussed how Priscilla came to that notable “end of herself” first. Then she took the difficult first-step in the healing process — taking full responsibility for herself. Before we progress further let’s expound upon this first-step a bit.

None of us are “responsible” for the things that happened to us when we were powerless little children who were wholly dependent on the adults in our world. However, we are wholly responsible for the choices we made in our lives, even though childhood events may have — and probably did — greatly influence those choices.

The next step in the healing process is to unpack and examine all the “baggage” we carry along with us into every single relationship we choose to embark upon. While we were children, we didn’t yet possess the “adult tools” to properly process painful events that occurred in our childhood.  Consequently, we all tend to bury these memories through our “denial”. We assume, out of sight … out of mind. We pretend these little kinks in our psyche just don’t really exist as we attempt to get on with our lives. But they are quite prominent in your sub-conscious mind. Others close to you will see the evidence of their existence by the way these unresolved-issues control and negatively influence your actions as well as your emotions. Of this, you can be sure!

These unresolved-childhood issues take many forms. For instance, a child is forced to feel insecure, guilty and ashamed every time the child witnesses his or her parents fighting. The immature little child will always assume, “It’s all my fault. If I had been good, Mommy and Daddy wouldn’t be fighting.” These feelings of insecurity, guilt and shame are captured on mental tapes which will play in that child’s sub-conscious over and over again. These same tapes will continue to play even in the sub-conscious mind of the adult-child — until the adult learns of their existence and then takes the necessary steps to change the tapes. These faulty tapes can’t be erased … but they can be taped over with positive, emotionally-healthy information.

Once the individual revists these unhealthy memories with “adult skills” at his/her disposal, the individual realizes their parents problems were not really caused by the child’s behavior. Rather, Mom and Dad had their own set of unresolved-issues from their childhood. As the lies get replaced with truth, the incorrect, childish assumptions can be taped over using adult reasoning levels. Thus, the individual can find release from the power of those sub-conscious recordings. 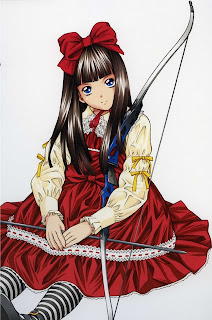 When Priscilla looks at this picture through the eyes of her childhood memories she sees not a pretty little girl but rather one who is pathetic, bad, hopelessly selfish, self-centered — I could go on but I believe you’ve gotten my point already. This little girl was wholly convinced that she had to please everyone around her in order to simply earn the right to live, since she sincerely believed that she was intrinsically worthless.

She had to look pretty and feminine all the time. Otherwise, the only person in her childhood home who seemed to at least notice her — Daddy — would not be pleased. Priscilla felt as though she was invisible to her mother, who only “saw” her older sister, Dotty. And Dotty actually hated her. (This was not her childish imagination. Dotty admitted to Priscilla how much she always hated her once they were adults.) Since her mother didn’t really see her, and her sister truly hated her, the only way she could earn the right to live was by being Daddy’s pretty, little girl who was to be “seen but not heard”. He told her that all the time. 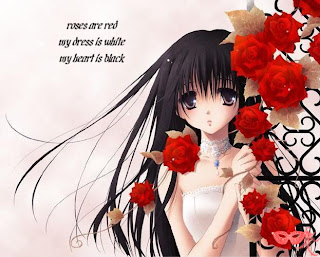 After considering the above, it’s not hard to understand how Priscilla came to be like the young woman in this third picture. A woman who always tried to look good on the outside, but who carried along a black soul into every relationship she attempted to cultivate.


Let’s close our discussion until next time. In summary, thus far we’ve learned the first and second step in the healing process of our damaged emotions.


Be willing to consciously take full responsibility for each and every choice you’ve made in your life.

Be willing to learn how to examine the “excess baggage” you’ve carried along in your soul.

Hope to see you again next week!
Reflective Questions:
Has any long-forgotten childhood memories surfaced in your mind? If the answer is yes, why not begin to keep a journal of some sort where you can record the things you are about to learn about yourself. As these memories surface, record in your journal what “impression” each memory left on your soul.

Who were you trying to please in childhood? Your daddy? Your mother? Or someone else?

Posted by Patricia Daspit at 6:12 AM