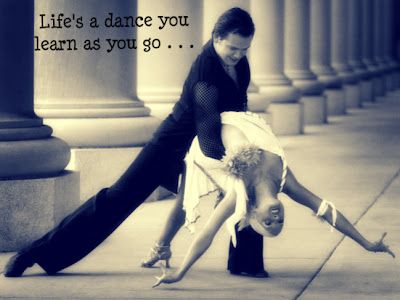 Well, I did it! I finished writing my second book … at least I think I’m finished. What most people don’t realize and are shocked to discover is that once an author has finished writing her book, it’s still a good year away from being available to the reading public. And that’s if the finished manuscript finds immediate acceptance from a publisher.

Once the sought-after publishing house offers the author a contract, the intricate process of publication requires approximately a full year to reach its’ completion. There are many steps to the overall process that one would never consider until he/she has reason to become actively involved in the tedious, painstaking work of putting a finished product into the hands of a reader.

It seemed to me that the creative experience of writing my second book turned out to be entirely different from the first one. I certainly felt more “pressured” with the second one. As one friend said, the fact that I had already produced a book that had been published created more pressure on me. Could I do it again? Could I top the first one?  Would I have to resign myself to being a “One Book Wonder”? Since I have yet to even submit my manuscript to any publishing house, we’ll all have to wait for the answer to these questions.

In the mean time, allow me to tell you a story about an unsung hero in my life. During the writing of All Rise I had bounced ideas off my husband throughout the writing process. However, while I was writing my second crime-mystery novel I had kept everything to myself about the details of the plot. Consequently, once I had completed writing my new novel, Eddie began reading it without any preconceived opinions. I thought it would be better this way. Turns out I was wrong. My husband hadn’t gotten very far when he cautiously shared his main concern with the opening of the story.

As soon as he began to prepare me for his slightly negative critique of what he had read, I couldn’t help but appreciate as well as admire his courage. It’s not an easy thing to look into the eyes of a woman who has just endured many hours of excruciating labor to give birth to her newborn baby and then to say anything that could be perceived in any way as “slightly negative” about the end product of all that pain. But he did it!

Immediately upon hearing his critique I knew he was right. In fact, I quickly realized that I shared the same concern about the beginning of the book before I had turned it over to him. But I would not give permission to acknowledge this fact to myself. Once he bravely verbalized the issue, the walls of my resistance came tumbling down all about me into a rubble of imaginary bricks of stone. His courage and insight forced me to acknowledge the obstruction I had built into the creative flow and then to correct it. So, I rewrote the beginning of the book.

A few days later we went through an encore performance of the same dramatic scenario we had experienced over the beginning of the book. Now the drama concerned the ending. Once again, I had been secretly sharing the same concern as my husband, but needed someone with his sensitivity and courage to confront me over my reluctance to address the problem.

You’re probably scratching your head right now saying, “What gives? What’s your problem?” Without giving too much away I can only say that this book was inspired by a true event in my husband’s family. Eddie’s brother-in-law (the man married to his sister) was brutally murdered on January 19th, 2009. That tragic event sparked the idea for my new crime mystery. Although this true event is the back-bone of the story, everything added to it has been completely fictionalized.

However, when I had to write about the true event – for instance, describing the murder scene – I found it very hard to do so. Instead of allowing the creative juices to flow freely, I found myself holding back, not willing to fully engage in that part of the story. I found it extremely difficult to describe an event that wreaked such havoc and pain in the hearts of my sister-in-law and her children. Even though the book is a novel, a pure work of fiction, the crime scene is factual.

The block I experienced with the ending wore a vaguely different face. I knew the murderer of my brother-in-law. The woman who today resides in a Mississippi prison, serving a life sentence, is a former acquaintance of mine. My personal knowledge of this person made the creative process of fleshing out her fictional character much more arduous.

As a result, I had glossed over these two pertinent parts of the storyline. I had touched so lightly on these two areas that it was diluting the impact of the whole novel. It took the courage and the insight of my “unsung hero” to confront me with these creative flaws. Not only did his tender confrontation shake this author by the shoulders, so to speak, but it also served to give me permission to address in writing this painful episode in his family’s history.

If you would indulge me, please go back to the beginning of this post. Look carefully at the picture of the dancers. If the male dancer lacked strength, the graceful ballerina would fall on her head. My husband, my hero, has once again used his strength to keep me from an embarrassing, painful knock on the head! ﻿