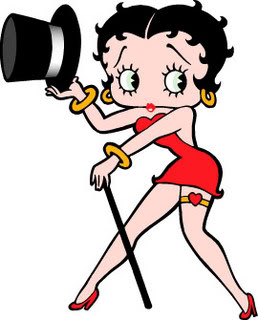 ﻿I'm not actually going to put that pesky marketing hat on again just yet because I’m still hard at work with my author’s hat firmly in place. Finally, however, I can see the light barely flickering at the other end of this long, dark tunnel. Hopefully, I will complete writing my second book, Murder on Murder Creek Road, by the end of this spring ... or maybe summer. Please keep your fingers crossed for me.

In the meantime, I was elated to find the last royalty check in the mail for All Rise for the year 2010. You see, since All Rise was released in May of 2010, the most royalty checks I could possibly receive would be three – one for each remaining quarter of the year. And, I did receive a check for all three quarters. Although they were very small, a check is a check! Right? Needless to say, I was quite encouraged.

To add to my encouragement, I recently received the following book review from the son of a friend who graciously read my book in order to produce his meticulous critique. Here’s his impressive biographical information:


Silent film historian David B. Pearson lives in Picayune, MS and is considered an expert on classic film comedies. He has several published writings on Buster Keaton, Roscoe “Fatty” Arbuckle, and Harold Lloyd. He has been quoted in publications such as The New York Times, The Chicago Tribune, The Los Angeles Times, El Paz (Brazil), the Cineteca Bologna (Italy), and in over 50 non-fiction books. Pearson also maintains the world’s largest silent film related website at silent-movies.com

﻿I hope you'll take the time to read Mr. David Pearson's insightful review of All Rise.  If you're considering giving this book as a gift or reading it yourself, I believe David's remarks will give you insight to apply to your decision.

Reviewing a book of fiction is not one of my normal sidelines. Oh, I have reviewed more than a few books in my lifetime, but they are usually non-fiction books about film. And while film itself is a fictional medium, the mechanics of making them are not. Nevertheless, being a consummate couch potato does give one an extensive experience in the crime and mystery genres, and listening to a lot of old time radio shows like Dragnet, Johnny Dollar, and Sherlock Holmes doesn’t hurt. So, when family members came to me suggesting I read and review their friend’s novel, I said I’d attempt it, so here we go –

The plot starts out flying: Following the aftermath of Hurricane Katrina, author Deborah Driscoll is discovered by her husband bleeding to death near the Mississippi Gulf Coast. From there the reader is led first through a police investigation, and then the legal process in dealing with violent crime, until one is given the clues either directly or through inference.

Intertwined with this, Daspit develops several realistic characters – the victim, the detectives, the lawyers, the judge, and even the person ultimately accused. Each has their own agenda bias, expectations, and the relationships that naturally develop from these interactions are rich.

And rich is the word. Like any good author, Daspit’s prose makes one savor the nuances of what is said as much as to what it contributes to the plot. The locations ring true for good reason. They’re quite real! Anybody living on the post-Katrina Mississippi Gulf Coast can relate.

Beyond all this however, is the book’s basic study of human morality. In All Rise, with each person it is different, much as it is in real life. And morality is really what it’s all about – and what makes the tome’s conclusion so satisfying. Life is never black and white, but instead many shades of gray – and Daspit’s words makes one reflect not so much on crime, but on good judgment values on what is right and what is wrong.

So, in conclusion, it shouldn’t be a surprise that I really enjoyed the book. For a paperback, $21.99 is a tad ‘pricy’ but I’ve seen far worse prices for books that give a lot less.


All Rise is a keeper.

Posted by Patricia Daspit at 7:26 AM